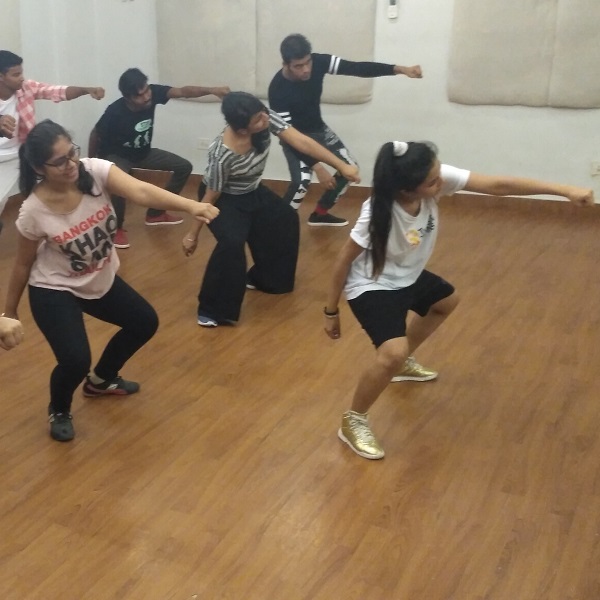 The 7th Sunday Choreo shot was taken by Cindrella who taught a Choreography on the song "Dhakkad" by Raftaar. This was a Bolly-Hop Choreo shot and every

participant were sweating at the end of the workshop as the steps needed much energy and power,also they did add their own style to some of the steps to make it look more amazing. Raftaar, as we know is a rapper so some of the steps were a bit tough to do with music as it was going too fast when the music was being played,but with good amount of effort and practice the participants finished the entire graph.

Upon asking about their experience we got some interesting answers such as :

"It was a lot of fun attending choreo shots. It was a way of learning an entire choreo that too of different styles without any commiment and boundations in 1 hr" said Shilpi

"Powerpack, Fun session, would reccomend to others also who want to try new styles." said Sneha

"Loved it, there were some moves from breaking too and i loved doing them along with the powerpack Choreography." said Javed