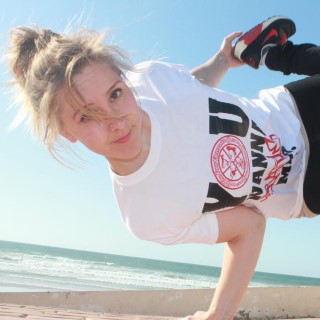 I am B-Girl Frost, member of the Dirty Mamas Crew and the Master Plan Crew. I am dedicated to dance. Breaking is what I love and do as much as

possible. In addition to that, I study Sports-Management and organise Breakdance-Events like the B-Girl Champs 2004 (Berlin) and the yearly battles Break de Cologne and the Cologne Circle (both in Cologne).

I´ve been travelling for Jams, Battles and Shows around the world like to New York, Marocco, Sweden, France, Spain, Netherlands, Luxembourg, Switzerland and Denmark.
There I worked as Judge, participated, did Exhibition Battles or Showcases with my Crew.