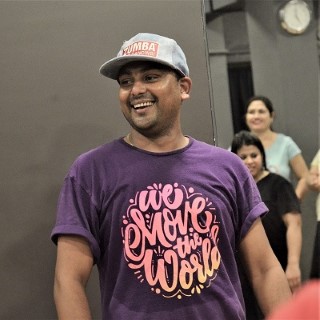 Tapas Das is the Founder Owner of Twist N Turns and currently the Managing Director of Twist N Turns. A young entrepreneur of our times started to TWIST N TURNS in 2005. Kind, generous, creative and down to earth, he wanted

to start his own, one-of-a-kind dance academy.

According to him 'Dance is a language of movements that involves space, time and the human body. He was born and brought up in Kolkata, the cultural hub of India. Being extremely talented, Tapas has been appreciated in the field of dance all his life. 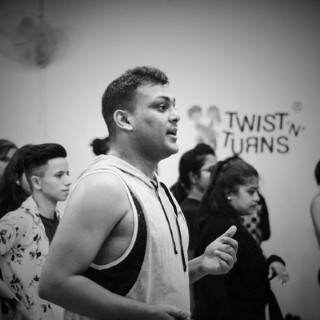 He has been dancing since the age of four. Once he finished High School, he learned jazz/modern and contemporary dance. His horizons were broadened even more when he started dancing Bollywood with Beat Busters, which then was the most upcoming dance crew in Kolkata; he continued with the crew for 4 years. After that exposure, he studied how to be a dance teacher, which later started helping him impart his knowledge about dance.
Owner of Twist N Turns, finally, in 2005 established the 1st studio in Salt Lake, with the help of family and friends, he started TWIST N TURNS. Beginning with a mere 40 students, TWIST N TURNS has taught over 7000 students.
Over time, Tapas has taught and performed in cities all over the country, including Kolkata, Delhi, Chennai, Jhansi, Jaipur, Jodhpur, Udaipur etc. He has been an active participant in the Salsa India Congress in the cities of Bangalore and Bombay and he also visited various International Salsa Congresses including those in Berlin, Singapore, Hong Kong, Dubai and other European salsa congresses.
He has also trained recently at the Broadway Dance Center (New York), Alvin Alley (New  York) and Steps on Broadway (New York).
He is not only a dancer or teacher. He is a successful choreographer, having coordinated various shows without difficulty in our country. Where he stands today, bears testimonial to his exceptional leadership skills. 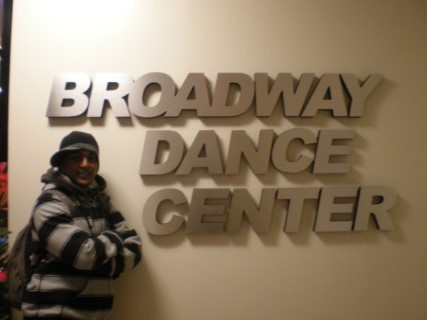 Tapas' aim in life is to become a dance educator. He wants to share his tremendous knowledge in the right way with the right people.
He also simultaneously runs other brands such as Zumba Kolkata and India International Dance Institute.

More about the Owner of Twist N Turns on other sites: